Business Innovation Should Not be Original

When I was at school, copying anything was verboten.

It wasn't just about stealing a peek at Mark Johnston's response to the capital of Angola question.

School espoused originality. Copy remains a four-letter word. There was no concept of research skirting a fine line between the two.

As you and I left school for the business world, we wrestled with creativity, another word . It is impossible not to copy somebody else. I see my students struggling with the same challenge now. They've been at it for long enough to be nudging retirement.

Hold on. Doesn't a student do just this when they complete their PhD thesis? They look at all the work in their field. They call this research. They critique it, they quote sections, they rehash it, synthesise it, add a little personal research, and end by spraying it with their own secret gloss.

My point du jour, innovation is learning the work of others and using it as a model for what you want to do now. It's not copying. But it's also not original.

When the first motorised vehicles arrived, they mimicked horses. Drivers sat high in the middle of a steel square on wheels, as if in a saddle. Each time you turned left the entire shebang tipped over. Oops.

Drivers did not take long to realise this. Car builders stood on each other's shoulders to produce what we now call an Audi A3. Flat, one wheel at each corner of a rectangular metal frame, bum close to the ground. A steering- wheel placed in the middle for steering, rather than a joystick. It's a model of innovation on top of a lot of copying while borrowing the best ideas of others.

What do the following songs have in common? Apart from the musicians being giants in their time?

The creators of these songs stand on the shoulders of Johann Pachelbel. He wrote the soundtracks to those songs in 1694. (That's not a typo. That's more than 300 years ago. Before electric guitars. Hell, before electricity.) Check it out here.

So much for Do Not Copy. Although Bob Marley was born in Jamaica, and maybe their schools were different. Fish Hoek High would never have condoned his haircut.

My point: Innovation is smearing your vegan butter on someone else's rye bread to produce your unique sandwich. The best you got mixed with the best they got. The mix is brand spanking new. 99.999% of the world won't notice. They'll just love it and ask for more.

That's what Russel Brunson did to build an immense business from scratch in four years. (I don't stand on his shoulders so much as jump on them.)

Last week I bought a $7 LeadFunnels Swipe File from him. It includes the 106 sales funnels which most impressed him. These are what he modelled his future on. He built a firm to construct those same kinds of sales funnels for the rest of us.

I needed a sales funnel last week. And I needed it fast. I borrowed one example from this swipefile, changed the script a little, and it earned me $8133 earlier this week. (Google says that's R120,436.) ($7 to access the worlds leading marketing scripts!) Eish!

Sales funnels are not just for online businesses. They sell offline training, fitness, homes, consulting, restaurants, computers, and anything else you choose. (The sales principles are the same in every case, even though the jargon might differ.)

Seven US Dollars. I can't find a freelancer at Fiverr.com who will even respond to such an offer. And here I got 106 examples I could adapt at will.

The best path to success is to study the work of experts. And then model your next effort on theirs.

Please consider investing your hard-earned $7 in this LeadFunnels Swipe File. It's a beautifully presented PDF download. My version is already worth R120,436 after a week. Who knows which butter you will use to make your next sales funnel sandwich. 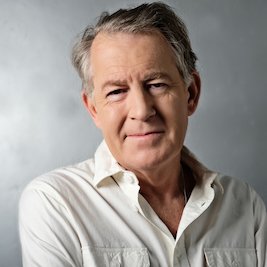 I've supported and trained more than 50,000 small-business owners since 1992. Since 2003, everything has been online.

I've lived in South Africa, Australia, England, Spain, and Norway. Small-business is different in each country, but two key problems are common to all business owners.

If you want to know more, pop me an email here.